I absolutely love Asian cuisine! I mean from the Vietnamese Pho to the Cantonese-American dishes! The flavor profile with the play on different textures has always been a favorite of mine. In short, I eat a lot of it.

It had been awhile since we had been out to eat because my fiancé’s schedule has been so crazy (a good kind of crazy). He liked the take-out Curry we had at this restaurant, so we went to sit down and look at their full menu.

After looking at the menu, I chose the noodle bowl! On their menu, it is called the “Build Your Own Noodle Bowl”. The first thing I had to choose was the base: the broth.

I chose the Red Curry & Coconut Milk Broth because I wanted some spice in my life!

They had an assortment of vegetables and other add-ons to build your noodle bowl.

I chose the spinach, baby corn, shiitake mushrooms, bean sprouts and cabbage. I have a secret to tell you… I added tofu to the noodle bowl. I know, I know! I said to limit the amount of soy you intake, but I make sure I do that everyday. I know I make people uncomfortable sometimes when I start reading the ingredients on food packages, but I can’t help it. 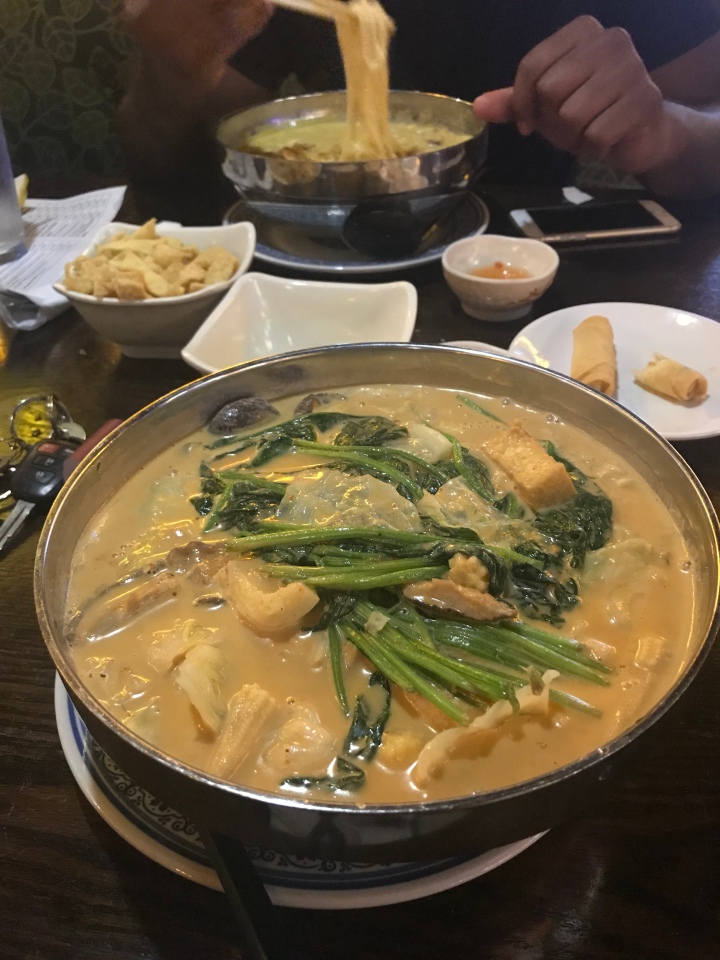 Our waiter was so attentive and polite! While we waited, we were served wonton chips and Duck Sauce. He gave us free spring rolls for Biggie Smalls (our 10 month old baby boy). I split them open and fed the cabbage mixture to him because he doesn’t really like the fried dough layer. One of the things I really liked was the music. They played Asian remakes of popular Pop songs. How dope is that?!

I didn’t expect for there to be such a large portion, but I didn’t complain! The flavors were tantalizing and fresh! It was easy to tell that everything was made to order! I savored every sip of that coconut milk broth! 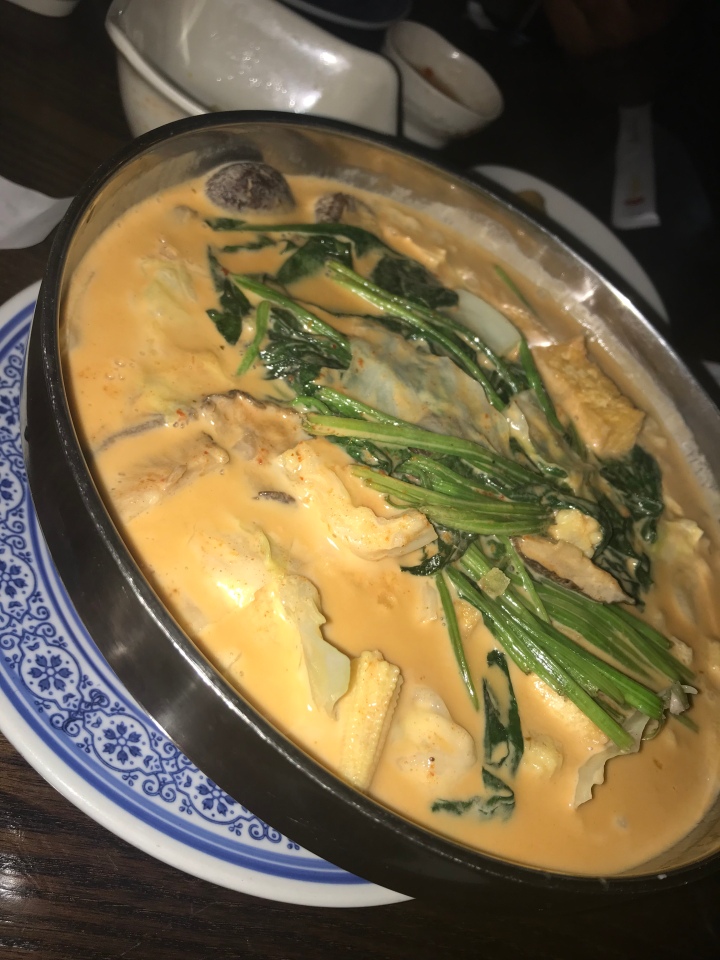 I ate all of the content in my noodle bowl and left a bit of the broth because I was full.

Check out the Food & Recipes section for reviews, recipes and more!